The ramblings of a wandering mind…
Leave a comment

The blog title is a play on this video:

Which you have probably seen unless you’ve been living here:

But I wanted to share a couple of ways that I like to style my hair. My hair is straight, but pretty thick, but I am pretty clumsy. I have never been able to blow dry my hair with a brush so I generally either let it air dry or just flip my head over and blast it with a blow dryer. 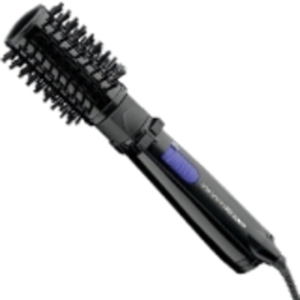 “That Hair Spinny Thing” is what it is called on the General Daily Thread (GDT)  Weight Watchers Message Board, which is where I first learned of this wondrous tool. It spins clockwise or counterclockwise while air blows through it and does a great job of smoothing and drying my hair. And no, I’ve never gotten my hair tangled in it. Just make it spin in the opposite direction and it releases the hair.

On the opposite end of the spectrum, my daughter taught me a method of creating beachy waves with just a headband.

It works great for me to create beachy waves from my stubbornly straight hair. Try it this weekend. Fun and easy.

Also, note recent updates on Pensive Pelican and One Diet Book Away From Goal Weight